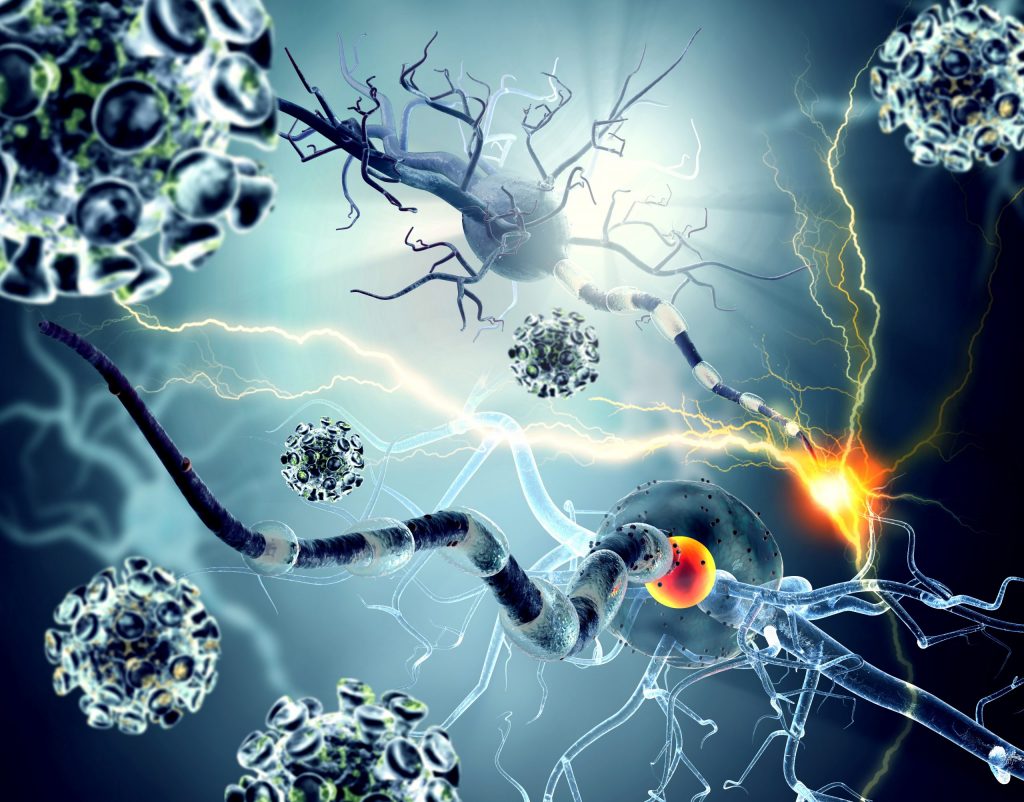 What are neurological disorders?

As the name implies, neurological disorders are a group of diseases and conditions of the nervous system. This system sends and receives sensory information all around the body. Therefore, the effects can be widespread and symptoms such as chronic pain are common with several of these conditions. Other symptoms that are experienced may include muscle weakness, loss of sensation and mental impairment.

Division of the nervous system

Depending on the type, neurological disorders may affect the central nervous system and therefore involve the cranial nerves and spinal nerves of the brain and spinal cord. Alternatively, they may impact the peripheral nervous system, which incorporates all the other nerves in the body.

Conditions affecting the central nervous system can include brain tumours, epilepsy and neurodegenerative conditions such as Alzheimer’s disease and Parkinson’s disease. The peripheral nervous system can be affected by conditions including neuralgia (nerve pain), rheumatoid arthritis and paresis (muscle weakness). These are just a few of the many examples of neurological disorders.

ON THE CAUSES OF THE ILLNESSES

In principle, viral infections and toxic contaminations, including metabolic and break-down products of micro-organisms namely bacteria, should be searched for. Neurotoxic effects also appear in cases of fungal infection.

The aflatoxins such as Aspergillus and Mucor must be mentioned in this regard as they can have a negative effect on human health. These are toxins which are produced by some types of fungi, particularly moulds that can sometimes be found on certain agricultural crops. Aflatoxins have been known to affect the body cells and be responsible for causing organ disease in the form of cancer-causing genetic mutations in the liver. Taking steps to avoid ingesting these toxins will help prevent the need for treating cancer and other conditions.

Depending on the symptoms in the case of parasite attacks, one should also assume that neurotoxic effects of parasitic decay and of metabolic products are present.

As well as being damaged by illness, it is also possible for the nervous system to be affected by direct damage as a result of a physical trauma. While most neurological conditions do not run in families, a few of these may be considered genetic disorders, as having a family history of these conditions puts a person at an increased risk of developing them.

Rather than being limited to a single root cause, neurological illnesses are always caused by several factors. The paper will deal with this in detail.

After careful diagnosis, BICOM® resonance therapy using electromagnetic waves proved to be very successful with specific and general toxin removal, own blood therapy, native preparations made from pathogens and nosode preparations. I will also discuss this in detail.

Different types of neurological condition call for a range of treatment options. These may include: appropriate lifestyle changes to promote general health; physical therapy to help improve mobility; psychological therapies to help with the impact of symptoms on mental health; medications to ease symptoms such as pain; and possibly neurosurgery.

Bioresonance therapy can be safely used as a supportive therapy alongside conventional methods as recommended by a healthcare provider. Rather than only ameliorating the symptoms associated with conditions of the nervous system, BICOM® therapy aims to find and address the root cause of health problems. Depending on the particular condition, appropriate lifestyle changes may also be implemented at the same time, such as eating food that is beneficial for the health and taking regular exercise.