How it works: the video

If you’re short of time or would just like a straightforward explanation, just watch this video which explains all:

Bioresonance in a nutshell

Biophysicists in the 1920’s discovered that cells emit energy and this energy can be measured and recorded as a frequency. These frequencies could be used to detect problems in a body and be used to treat a sick person.

Many evidence based studies have been conducted since and many people testify to the benefits they have had with the treatment. Some might say it’s a Placebo effect but this cannot be the case on the many animals that have been effectively treated.

This image shows how its not often a single cause that makes us sick but a build up of multiple stressors, bioresonance helps to identify these problems. 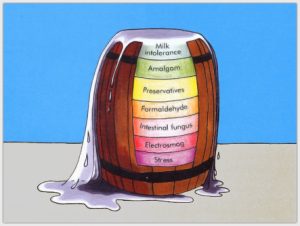 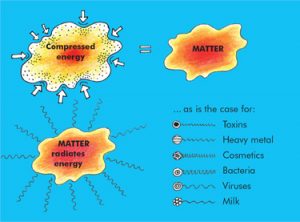 This image shows how irregular frequencies can be restored