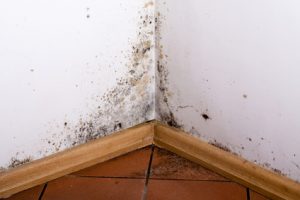 Mildew is known as a type of fungi that usually forms in moist environments. FEMA reports that while mold may be an environmental necessity in nature, it can pose as a physical threat to humans due to the diseases and illnesses that can be caused by them. A news release in 2014 reported that around seven million cases of premature deaths are linked to fungi in the air each year. Science Daily also published statistics on a study that was conducted by Mayo Clinic. The study linked chronic sinusitis with fungi and confirmed that fungus plays a major role in the development of this chronic condition. Centers for Disease Control and Prevention also reports that even though fungal infections can attack any person, individuals with a condition such as cancer or AIDS that causes a weakened immune system are at a higher risk.

Mildew is classified as a black or white powdery substance that forms on surfaces. This type of fungi can usually be found on moist, organic surfaces. Common places where mildew fungi form in the house include books, leather, paper, clothing, walls, furniture and floors. Mildew fungi is also closely associated with mold, a type of fungi that presents itself as a black, green or brown fuzz or film. Mildew can also travel through air in the form of spores and distribute to other areas quite easily.

Mildew fungi needs a moist place to grow where it can also get a source of food from. These growths usually occur on organic material such as leather, wood and linen as they can feed from these sources. Spores of fungi are also constantly present in the air, but in order to grow they need to spread towards a location that provides the right amount of moisture and specific temperatures. Improper air circulation is also known to cause mildew to form faster and more easily, as well as environments with poor lightning conditions.

There are a variety of methods that can assist with the treatment of fungi-infected homes. With the adequate amount of treatment, you can get rid of mildew and mold fungi infections in order to prevent further damage and even more serious illnesses that can be picked up due to these infections. Keeping the environment where these infections are found clean should be a top priority. Furthermore, air needs to be dry and dampness should be avoided as much as possible.

When fungi infections cause disease and illness within the individuals that come into contact with the spores, it can cause severe conditions. Centers for Disease Control and Prevention estimates that around 46,000 cases of invasive candidiasis occur every year in the United States. This is an infection caused by fungi. These conditions are usually treated with antifungal medication. The dose and type of medication provided to the patient depends on their age, the severity of the infection and the condition of the patient’s immune system. A patient with a weakened immune system will most likely be given a higher dose than a patient with a stronger immune system.

Patients infected with a fungi infection have found a combination of medicated treatment options and bioresonance therapy to be an effective way to remove the toxins from their internal organs. Patients are advised to avoid certain food during the toxin removal process and should meet a specific set of criteria before the initial treatment can commence. The process then starts to activate the excretory organs, which is then followed by several bioresonance therapy programs:

Several testing phases should be completed before the treatment can be set at a specific frequency, duration and level. The bioresonance therapy program will use the body’s own substances in order to accomplish a healing effect that provides an effective level of toxin removal in the patient.

Mildew fungi is a viral infection that is widespread among the entire world. The infection spreads through the air in the form of spores and infects most locations where it can continue to grow. While several precautions can be taken in order to minimize the risk of fungi developing within an environment, the possibility will always be there. This is why it is important to realize the effectiveness of a balanced treatment that contains both medication and bioresonance therapy. This combination provides an adequate level of toxin removal power, which assists with removing the fungi infection from the infected patient.