Bioresonance rather than foot amputation

Monty the cat was brought to my late surgery by his desperate owners. Monty was suffering from eosinophilic pododermatitis.

The cat had open sores on the balls of both front paws. Its back paws were puffed up like marshmallows and the skin was like parchment. In addition to surgery, Monty had previously received cortisone treatment.

I suggested to the owners that I would try bioresonance.

Eosinophilic patterns of inflammation in cats can be caused by numerous factors. The most common are underlying allergic conditions such as flea bite allergy, food allergy or atopic dermatitis. Yet fungal infections and parasitic infestation can also lead to lesions of the eosinophilic granuloma complex.

In order to deliver effective long-term relief, the causes underlying the condition must be tackled.

Using the BICOM® device I tested numerous allergies in Monty as well as fungal infections and a bacterial infection.

I first eliminated the cortisone with BICOM® bioresonance. I then used therapy programs for wound healing and treated the condition through the pathogens. Monty came to me virtually every day at first. His wounds were already beginning to heal after 3 days.

The allergies were treated with the relevant allergy programs. After three months the pododermatitis had vanished without trace. In view of the “threatened” alternatives, what a fantastic outcome.

Monty’s owner was absolutely thrilled. Since she herself suffers from allergies, I recommended a bioresonance colleague who treats humans.

I have also experienced highly successful outcomes when treating slipped disks post operatively. The animals treated with bioresonance recovered right away – after one single treatment.

I have also had remarkable success treating scars: ugly closed scar strands are often supple the day after treatment and the skin is flexible once more.

It is really fascinating what can be achieved with BICOM® bioresonance.

It is simply amazing how animals relax during BICOM® treatment. They often go straight to the treatment table of their own accord and lie down. This impresses the animals’ owners as does the successful outcome obviously. 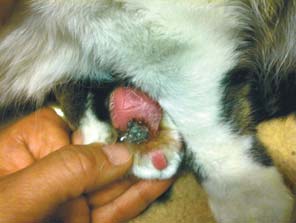