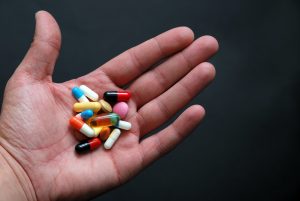 In the United States alone, there was more than 4 billion prescription drugs dispensed to patients during the year 2015. WebMD reports findings of the top 10 most prescribed drugs in the United States during the period April 2014 through March 2015 to include Synthroid, Crestor, Ventolin, Nexium, Advair Diskus, Lantus Solostar, Vyvanse, Lyrica, Spiriva Handihaler and Januvia. Centers for Disease Control and Prevention reports the following findings on prescription drugs:

These findings provide clear evidence that the majority of American citizens who are on prescription drugs are using more than one single drug at any given time. With this fact in mind, it is important to swift our focus towards both the effects and side-effects of prescription drugs. Research is usually performed on a specific drug, which means medical experts look at the effects of a single drug on a patient. These studies provide them with data relating to the effectiveness of the drug, as well as help them understand any side-effects that the drugs might cause.

Little research is ever conducted on the use of a combination of prescription drugs at the same time. This is a cause for concern when considering the figures shared above concerning the use of multiple prescription drugs at the same time during a 30-day period. When two or more drugs are prescribed to a patient in one prescription, the different chemical compounds found within these drugs often leads to interactions with each other, which can worsen side-effects and even harm the body itself.

Daily Mail recently reported that prescription drugs are the third most common cause of death in Britain. They report that several cases where prescription drugs provided to treat symptoms of insomnia and anxiety have actually led to the death of a patient. The major cause of death was side-effects experienced from the prescribed medication. Their report claims that psychiatric prescription drugs are considered the third biggest killer in the United Kingdoms and it closely follows the death-toll of cancer and heart disease. Harvard Center for Ethics also report that the European Commission estimates the amount of deaths caused by side-effects from prescription drugs to be around 200,000 each year. Furthermore, it is estimated that around 128,000 people in the United States die from reactions to these drugs each year.

The U.S. Food and Drug Administration reports that drugs can react with each other and cause unexpected side effects. One such example is when a sedative and antihistamine is taken together. This causes reactions to slow down and can make simple tasks such as driving potentially dangerous. BeMedWise reports that taking a prescription drug that contains aspirin and a blood-thinner together can potential lead to excessive bleeding. They also report that certain types of antacids may block other prescription drugs such as antibiotics and heart medication from being absorbed into the patient’s blood stream which makes the drug ineffective. Some reported potentially deadly interactions can lead to: 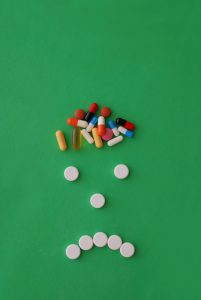 Complementary therapists are sometimes called quacks because their methods may have been used for thousands of years without harm but not scientifically tested, however doctors that prescribe multiple drugs cannot show that these combinations have been tested scientifically, so who are the real quacks? With billions of prescriptions being filled every year and thousands of people using more than a single prescription drug at the same time, the time for concerning about the interactions between drugs have never been as important as now. Thousands of deaths are recorded every year due to side-effects of drugs and this has lead medical experts to announce prescription drugs as the third most common cause of death on the planet. While medication is vital for treatment of certain conditions, it is also important to consider potential side-effects when using a combination of drugs.