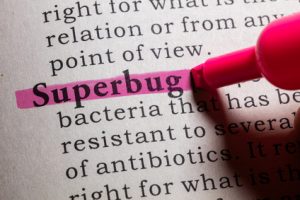 A lady in the USA has just been found to be carrying the first antibiotic resistant bacteria, a top health official has reported that this could be “the end of the road” for treatments using antibiotics.

This particular antibiotic-resistant strain was discovered in April 2016 in a 49 year old Pennsylvania woman’s urine. Department researchers agreed that she was carrying a strain of E. coli that was resistant to colistin (antibiotic) a study published in Antimicrobial Agents and Chemotherapy, from the American Society for Microbiology. The authors wrote that this “heralds the emergence of a truly pan-drug resistant bacteria.”

Colistin was originally withdrawn due to its side effects but is now being used as so many other antibiotics are ineffective. Colistin is the antibiotic of last resort for dangerous types of superbugs, some of which health officials have called “nightmare bacteria.” This family of bacteria is so dangerous that they can kill up to 50% of patients.

“It basically shows us that the end of the road isn’t very far away for antibiotics — that we may be in a situation where we have patients in our intensive-care units, or patients getting urinary tract infections for which we do not have antibiotics,” reported the CDC Director Tom Frieden

This could well open the way for medical researchers to look for other avenues in treatment of these superbugs. Back in 2014 BICOM® practitioners were alerting us to this warning from the World Health Organization. A white paper was produced with very detailed protocols for treatment.