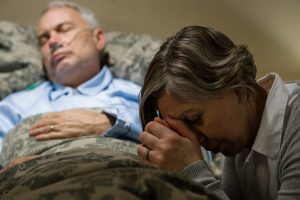 Even with the recent advancements in science and medicine, some diseases still remain incurable. These diseases continue to effect a person during their entire lifespan and can have an impact on the affected person’s life quality. An incurable disease might refer to a condition for which a cure has not been found yet, or it may refer to a condition that was diagnosed at a stage considered too late to be cured. For example, many people suffering from certain types of cancer only get a diagnosis when the condition has spread to multiple part of their bodies. This is known as an incurable disease due to the fact that medicated treatment options would not have the ability to cure the condition. In this document, we are going to focus on conditions that doesn’t have a cure as of yet.

There are many diseases for which a cure has not been found yet. Some of these diseases are quite common and found in our daily lives, while others are extremely rare and only affects a handful of people all over the world. Each disease also has its own characteristics, symptoms, causes and risk factors. While one disease might allow for a patient to live a long lifespan, others might not allow a person to even reach the age of 5 years.

While these diseases remain incurable to date, researchers are working around the clock in order to determine effective treatment methods that can help reduce the effects of the conditions on the body. Several treatment options have also been developed in order to provide relief of the symptoms associated with these conditions. Patients are usually prescribed medication that slows down the progression of certain diseases, while therapy are often also recommended to assist patients with dealing with the discovery of their incurable disease.

Due to the nature of these conditions and the way in which bioresonance therapy works, several conditions have been treated effectively with this alternative treatment option. A patient with diagnosed haemochromatosis, also known as an overload of iron in the blood, was treated with several programs on a bioresonance device. Results lowered levels of iron in her blood from 700 jig/dl to 162 jig/dl. The patient was able to lower the amount of medicated treatment received and was soon able to decrease the amount of sessions from each week to once a month due to the effectiveness of bioresonance therapy. Several cases of breast cancer treatment with bioresonance therapy has also resulted in the elimination of trichomonads, as well as the successful treatment of the mammalian carcinoma.

Incurable diseases cause patients to be depressed and reduces their quality of life. Knowing that they are going to die soon may affect their entire behavior. These diseases affect millions of people and many of them are seeking ways to rid themselves of the curse. While medicated treatment options focus on relieving the severity of symptoms associated with the condition, bioresonance therapy is a treatment option that detects and eliminates the underlying factors causing the problems. This often results in the successful treatment of a condition, or, at least, a significant reduction in the progression rate of the disease.