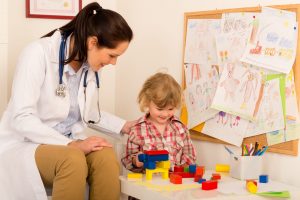 Children from all over the world are affected by attention deficit hyperactivity disorder, also commonly known as ADHD. Centers for Disease Control and Prevention reports that around 10.2% of children between the ages of 5 and 17 have been diagnosed with this disorder in the United States. They also report that boys are more commonly diagnosed with this disorder, with 14.1% of boys and 6.2% of girls being affected by ADHD. Health Line also reports that the amount of children diagnosed with the condition in the past 8 years have risen with 42%.

This mental disorder does not only affect children, even though most statistics and reports focus on the diagnosis and treatment on children aged 5 to 17. The National Institute of Mental Health reports that 7.8% of young adults between the ages of 18 and 29 are also suffering from this condition, as well as 8.3% of adults aged between 30 and 44. While the average age of diagnosis is 7 years, the condition can affect individuals well into their adult lives.

The inattentive type of ADHD, also known as ADD or attention deficit disorder, causes a short attention span and the patient is usually also easily distracted. Other symptoms include careless mistakes, easily losing things, being forgetful, unable to complete time-consuming tasks, unable to listen properly and constantly changing from one activity to another. Many patients with this type of disorder also find it hard to properly organize tasks.

The other type of the disorder causes hyperactivity and impulsiveness in the patient. Symptoms might include constant fidgeting, difficulty concentrating on a task at hand, excessive talking and physical movement, no sense of danger, conversation interruptions and not having the ability to sit still in a calm environment.

While the exact cause of this disorder have not been found as of yet, researchers are actively searching for a gene that causes the disorder. This has also been linked to genetics and, according to WebMD, might run in families. Research has also linked the use of cigarettes, drugs and alcohol during pregnancy to an increased risk of a child developing ADHD. Furthermore, it is said that certain food additives, as well as sugar, might increase hyperactivity in children, but these have not been linked to the development of the disorder.

ADHD can be effectively treated through a combination of medication and therapy. Some people opt for only one of these treatment methods, but research shows a better improvement in symptoms when both treatment options are combined. While the condition can usually be monitored by a general practitioner, NHS Choices reports that a treatment plan is usually arranged by a psychiatrist or pediatrician.

Medication for the treatment of ADHD in all three forms may include:

Therapy can also be an effective method of treating the condition in both children and adults. Therapy types may include psychoeducation, behavior therapy, parent training programs, social skills training and cognitive behavioral therapy.

While effective treatment options can be provided through medication, side effects are often severe. Patients taking medication to treat their disorder might often experience higher blood pressure, mental fatigue, headaches, dizziness and problems with their sleep patterns.

The fact that bioresonance therapy and medical professionals specializing in this treatment option always tend to look for an underlying cause to a condition lead doctors to establish a connection between ADHD and metabolic disorder. It was found that the detoxification process of the liver, lymphs, intestine and kidney in tested patients were not functioning efficiently. Furthermore, stresses that leads to metabolic disorders have been found and linked to the presence of heavy metals, food intolerances, antibiotics and several other particles in the patient’s body. It is said that these all cause pyrroles in the body to combine with vitamin B6 instead of bile acid, which then binds to zinc. This leads to an acute deficiency of zinc and vitamin B6 in patients. Bioresonance therapy can be used to effectively cleanse the liver and any other metabolic disorders found in the patient, which often leads to a significant improvement in the symptoms experienced by the patient.

ADHD is a mental disorder that can affect children, teenagers and adults. The condition has been linked to genetics and the behavior of the pregnant mother. Treatment options pose as an effective way to relieve the symptoms of the disorder, but comes at a price. Side effects may be extremely severe and even effect the patient’s quality of life. With an effective alternative treatment option such as bioresonance therapy, patients can be relieved of the symptoms through the treatment of underlying causes, thus reducing the effects of the disorder without risking the severe side effects of ADHD medication.