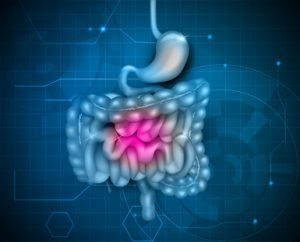 Irritable Bowel Syndrome causes discomfort, pain and inflammation within the intestines. The disease also causes changes to bowel movement. A recent study was conducted on a total of 4807 participants and concluded that around 10.5% of the participants had irritable bowel syndrome or symptoms commonly associated with the condition. The study found that there are a larger number of women who suffers from the condition than men, with 14% of women and only 6.6% of men reported to be diagnosed with the disease. Furthermore, patients reported several symptoms associated with the study as follow:

The International Foundation for Functional Gastrointestinal Disorders also reports that there are approximately 25 to 45 million individuals within the United States who are affected by the condition. They also estimate that approximately 10% to 15% of the entire world’s population suffers from irritable bowel syndrome. It is also reported that most patients affected by the condition is under 50 years old, but the condition can target junior and senior citizens as well.

Several studies have been conducted on the causes of irritable bowel syndrome, but no definite causes have been found to date. While the factors that trigger the symptoms associated with the disease can vary from person to person, medical research have found evidence of a few factors that plays a role in the development of the disease and symptoms. Food is commonly associated with the condition, especially with the change in diet throughout the past few decades. Research shows a significant increase in the diagnosis of the disease compared to more people consuming processed foods and food prepared by fast food restaurants.

Stress have also been linked to irritable bowel syndrome. Even though stress does not directly cause the disease, it can cause the symptoms of the disease to be worse when episodes of depression and anxiety occur. Hormones also play a role in triggering the symptoms associated with the disease, especially during a menstrual cycle in female patients.

Other factors that have been associated with the development of irritable bowel syndrome include antibiotics and several other medication and genetic tract infections. Research also found evidence that the disease is more likely to develop in a patient with a family history of the condition.

The fact that the exact cause of the disease is unknown makes it difficult to treat the condition effectively. This does not mean the condition is untreatable. Doctors usually tend to focus on providing effective relief for the symptoms associated with the condition in order to provide patients with a better quality of life. Numerous lifestyle changes are also usually recommended to the patient in order to avoid factors that could trigger symptoms. By avoiding foods that are known to cause gas, as well as gluten and certain types of carbohydrates, several symptoms can be relieved. A doctor might also prescribe anti-diarrheal medications, antidepressant medications, anticholinergic medications and antibiotics to treat the condition. There are also two types of medicines that have been designed to specifically treat irritable bowel syndrome. These two include Alosetron and Lubiprostone.

Bioresonance therapy can be used as a tool for diagnosing and treating several parasites and bacteria that causes irritable bowel syndrome. The organisms cause the symptoms in the patient emits an electromagnetic field within the body. This field is then stored in fluids, organs and tissues. With the use of a bioresonance therapy device, a more specific diagnosis can be made in order to determine the type of parasite affecting the patient, as well as to identify and possible allergens. A bioresonance treatment will follow the diagnosis by sending an inverted field throughout the body. The inverted field is based on the original electromagnetic field sent out by the organisms. After successful treatment with a bioresonance therapy device, the organisms will not be able to continue harming the host, which results in a reduction of symptoms experienced.

Irritable bowel syndrome is a widespread disease that affects millions of people across the globe. While the cause of the disease is unknown, several risk factors have been identified through numerous studies. This has helped medical experts to provide effective treatment options to relief the symptoms associated with the disease. Bioresonance therapy is also an effective option that can assist with providing a relief of inflammation and irritation experienced.