Manfred Heggli, naturopath from Switzerland, passed Regumed the report for the then 17-year-old Susanne Heer, a patient he had treated.

The patient wrote as follows:

“I hurt my knee while snowboarding. Various tests show that I have torn my meniscus. I’m given painkillers, but I only take a few of the tablets.

The day after taking the tablets I start to develop a rash: round, raised pustules filled with liquid (wheals).

The rash is very itchy, but bearable, because at this time I only have a slight rash (arms and legs, particularly around the knees and elbows). When the rash is still there after a few days I go to my GP and he prescribes antihistamines. The tablets start to take effect and I feel better. Diagnosis: acute Urticaria, also known as nettle rash.

Time to slowly come off the medication.

I have scarcely stopped taking the antihistamines when it all flares up again, only this time even worse.

The rash is spreading over larger areas of my skin. It is not there all the time – it comes and goes as it pleases. All thoughts about whether it could be an allergy come to nothing. I’ve no idea what I could be reacting to.

So, back to the GP and he prescribes me trusty antihistamines again, but this time gives me a double dose.

But this doesn’t have any real effect and after around ten days I’m given a cortisone preparation. This works and the rash disappears completely. Then it’s time to slowly come off the medication, and after a few days it’s the same old story: itching wheals, particularly on my arms and legs. Back to the GP, who gives me a stronger dose of cortisone, which no longer has any effect, even while I’m taking it.

This whole episode has now lasted six weeks already, which my GP says is very unusual. This is no longer acute Urticaria – it’s chronic.

The medication doesn’t help, the GP has run out of ideas and so he refers me to a specialist.

First appointment with the allergologist. Diagnosis: Urticaria. Nothing new there. This doctor also prescribes me antihistamines – again nothing new.

The new antihistamines only improve the rash slightly and I stress ‘slightly.’ When I wake up in the morning I am usually covered in wheals on my legs and arms and it’s getting worse.

This whole situation is unbearable.

The allergologist prescribes me new medication, which doesn’t help either. I have since developed an extremely itchy rash on almost all of my body – very unpleasant! If you haven’t experienced this, it’s hard to imagine what it’s like when your entire skin itches and also burns as though it’s on fire. You end up scratching yourself half to death. When I’m sleeping I scratch my arms and legs until they bleed, because the itching is much more extreme at night.

Suddenly there is also swelling as well as the rash: at first only puffy hands and legs, then suddenly my face and lips start to swell. Since February I have rarely been to school, partly because I feel so bad and partly because I scarcely dare leave the house …

I am increasingly experiencing respiratory problems, which makes me feel as though my windpipe is constricting.

In the evenings my upper lip suddenly swells up and I feel like I can’t catch my breath and start to panic. My mother immediately calls a taxi and I’m taken to A&E. I’m injected with cortisone and other medication.

I am then placed in intensive care, where I have to stay one night and one day. The doctors recommend that I explain everything to the allergological department of the University clinic.

So, after coming back home I have my first appointment at the Uni clinic. A nice doctor explains a few things to me and then prescribes new medication. At the same time I have another appointment with a homeopathist. She tells me: “You are really not well and you look awful.” But that doesn’t get me any further either, as she tells me that I first need to undergo various allergy tests in the University clinic in order to find out what I am allergic to before she can help me. The tests cannot be carried out, however, because I cannot stop taking the antihistamines.

It is a vicious circle which I simply can’t break.

It is now more than half a year since I first developed wheals. In the meantime I have become a regular at the Uni clinic, have undergone various tests and have a long history of a variety of medication behind me – and despite this I’m actually feeling worse.

Despite the strong medication (which I take in high doses) I cannot rid myself of these symptoms.

Stopping the medication isn’t an option, is too risky and I would simply end up back in intensive care. I often feel dizzy and sometimes this even leads to blackouts. My ability to concentrate is non-existent, my general health is suffering – no wonder, since the strong medication is having a huge impact on my organs and immune system.

I sometimes feel that I can’t go on. I am also trying out a faith healer. He lays his hands on me twice and tells me I’m now cured. Great, I think, but this doesn’t work either. Despite numerous absences, with my last ounce of strength I manage to pass my school leaving exam.

I start studying to become a vet – something I have been looking forward to for years. But I no longer have any strength to fight, I can’t concentrate during lectures and I am becoming desperate. I no longer have the strength or energy to really get to grips with my studies. My body can no longer cope with it all.

An aunt of mine, who works as a midwife and uses homeopathy, suggests I try out BICOM® bioresonance therapy. No sooner said than done! My mother looks online for a naturopath who works with bioresonance: Mr Heggli. She arranges an appointment for me. At the first appointment I am given a thorough examination and check-up.

The tests reveal that I primarily have an allergy to milk, wheat and eggs, but also to other substances. From now on I attend a weekly session with Mr Heggli using BICOM® bioresonance therapy. At first there are basic things to sort out, detoxication and so on.

Amazingly, after just two bioresonance treatments I suddenly feel much better and don’t need to take the full dose of my strong medication (antihistamines) every day. This is practically a miracle in my eyes, when you think that for more than half a year I’ve had to take very high doses of strong medication.

We continue the treatments. After around four to five therapies I only use the medication sporadically, perhaps two to four times a week, and at a much lower dose. 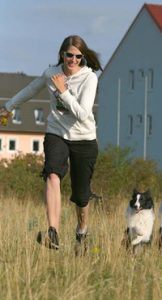 Mr Heggli then suggests that I try a boiled egg to see how I react to it. I should point out that we still hadn’t started egg allergy treatment at this time. And lo and behold: the following day, as predicted by Mr Heggli, I have an all-over rash again – proof of the presence of an egg allergy. Good, this means it’s worth treating the egg allergy. At the same time, a Candida fungal therapy is also carried out with BICOM® and accompanying abstinence from sugar.

From January 2006 I no longer need to take antihistamines and am free of symptoms. Now my body is built up again with various homeopathic and plant preparations. It will take some time until my body has fully recovered from the influence of the strong medication.

In summary I would like to say that after the tests and treatments by various doctors and specialists in conventional medicine, hospitals, a homeopath and a faith healer, BICOM® bioresonance therapy is the only thing that has helped me become healthy again! Mr Heggli has given me back a normal life and I am so grateful to him for that.”