Patient no longer believed that she could be helped

I have been working since 1990 as a naturopath, particularly with the BICOM® device.

One day a 30-year-old woman came to my practice. She could barely walk and when I examined her it was clear why. On her legs she had almost no skin – it had just become one big inflammation. Her pain was so acute that it looked as though she had a mobility problem when she walked.

She had been experiencing these symptoms for around two years and had such pain that she could no longer work. She had been from one therapist to the next and every one said something different. One believed that house dust mites were the cause while another tried, unsuccessfully, to treat her for a vaginal fungal infection. With a biophysical test procedure within a few minutes I had discovered the true cause of her symptoms: mycosis.

I treated the mycosis with the mycosis programs stored in the BICOM® device and strengthened the elimination and detoxication organs with the corresponding programs. In addition I ordered her to abstain from fruit, sugar and yeast for three months. After three weeks there was a significant improvement and after eight weeks the symptoms had completely disappeared and the patient was pain-free. That was two years ago and she is still free of all symptoms.

This patient hadn’t believed that I could really help her and I was surprised myself that it was so straightforward. 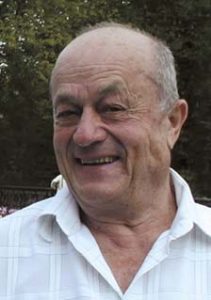